The inhabitants of the Nymphenburg Palace Park 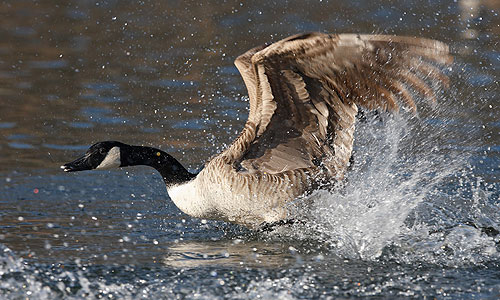 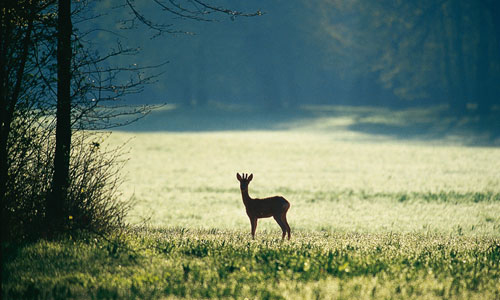 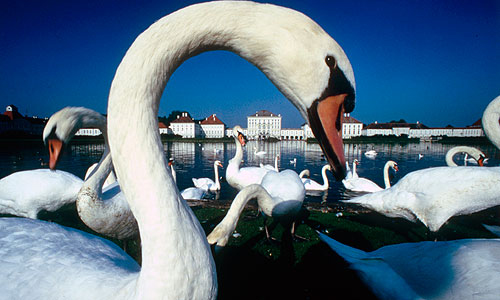 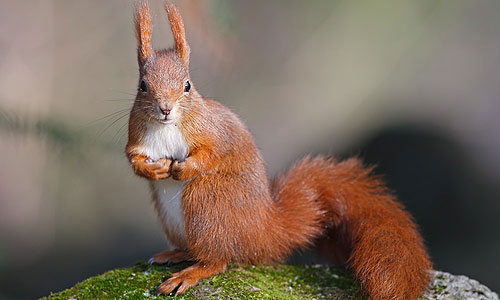 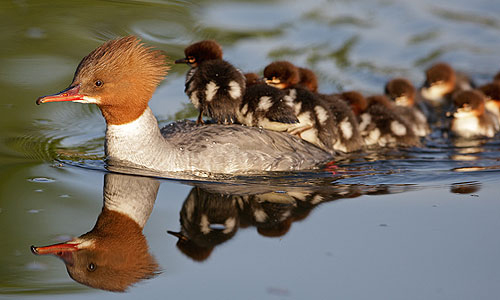 The Nymphenburg Palace Park in the west part of Munich is an oasis of peace and quiet. It has an area of around 180 hectares and as part of Munich’s “green lung” is a popular destination for city dwellers in need of breathing space. Not only walkers and joggers, but also numerous species of animal value the quiet surroundings of the park. With its rich flora it provides ideal living conditions for animals which otherwise struggle to survive in a large city. Deer, rabbits, foxes and pine martens are as at home here as frogs, butterflies and grasshoppers. It is also the habitat of many different bird species.

The swans are particularly popular with the visitors. They glide majestically across the lakes in the park, where numerous geese are also to be found. The swans’ original habitat was the cold regions of the far north, and they only came to the more moderate climate zones in winter. They are now here all the year round and the parks, rivers and lakes of Central Europe cannot be imagined without them. In the early summer the swans can be seen in the park with their cygnets.

The numerous squirrels scampering up and down the trees in the park always look very busy. Even approaching walkers don’t disturb them in their search for suitable winter supplies. These omnivores eat hazelnuts, beechnuts and other things they can find in the park: even mushrooms, young birds or eggs. Both the reddish and the dark brown squirrels can be seen in Nymphenburg Park.

Less common in Germany is the goosander. It is a species of duck but is larger and rarer than the mallard. It is on the list of endangered species.We are thus very proud to have a few pairs in Nymphenburg Palace Park that breed regularly. When the young are still very small they often ride on their mother’s back. With its serrated bill the goosander is member of the “sawbill” family. 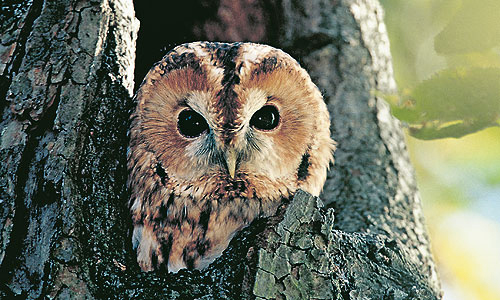 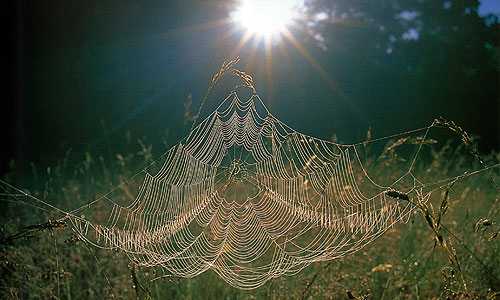 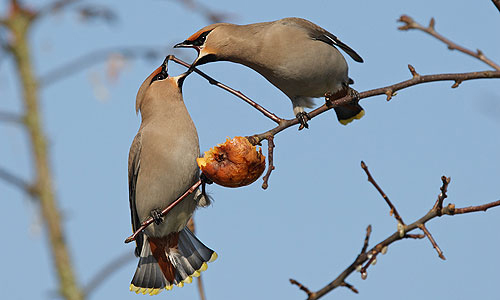 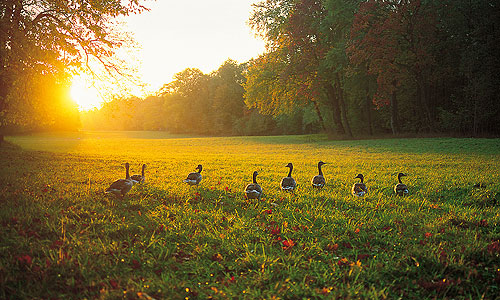 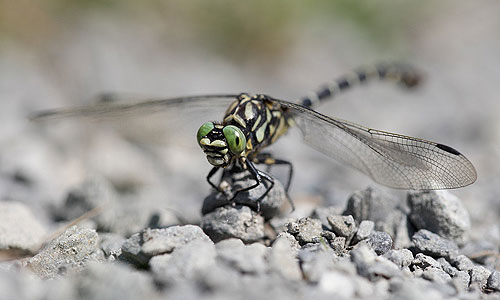 Tawny owls also evidently feel at home in the park. These birds once used to be extremely unpopular as they were considered to be messengers of death, their call interpreted as a summons. Many of them thus came to an unhappy end, and people nailed them to their gates to drive death away.

Waxwings had a similarly bad reputation. These brightly coloured song birds breed in Siberia and north Scandinavia and in winter migrate at irregular intervals to Central Europe. Their arrival coincided with the occurrence of epidemics and illnesses, which was why they are known in Dutch as the "plague bird". Waxwings are sociable and appear in large flocks. In Nymphenburg Palace Park there is plenty of nourishment for them. One of their favourite foods is the berries of the mistletoe which grows on the trees in the park.

The artists of the park are the spiders: the silk of their webs is highly elastic and water-resistant and does not easily tear. A spider takes less than an hour to spin a web. Once it has done so, it simply has to wait for an insect to be trapped. Every web is a temporary work of art, since as soon as the prey has been caught the web is destroyed and a new one is spun somewhere else. An industrious spider can thus spin three webs in a night. In the morning the webs festooning the trees and meadows of the park sparkle with dew.

The observant walker will have noticed that the air in the park is full of "winged jewels": with the streams and lakes and the meadows in their natural state it is also an ideal habitat for dragonflies. Many species are to be found here – the black-tailed skimmer, various darters, damselflies, white-legged damselflies, the banded demoiselle and the ever-present emperor dragonfly – and there is much to discover. The dragonflies are not only to be found over water or in the air; some species, like the black-tailed skimmer, sun themselves on the gravel paths. If you’re lucky, you may even discover the rare small pincertail, an endangered species of dragonfly from the clubtail (Gomphidae) family, which evidently also feels at home in Nymphenburg. It occurs on clean, warm, watercourses or lake outlets and can be recognized by its black and yellow markings and green eyes. The males also have a striking "pincer" on the back part of the body which gives them their name. And to answer the most frequent question from the youngest visitors about the "helicopters": no, they don’t bite!