In 1807 alterations were made on the first floor of this building to create apartments for Queen Karoline, the consort of King Max I Joseph. The gold-and-white room with its stucco-work sopraportas was originally used as a small dining room. It was then redesigned by Andreas Gärtner, father of the architect Friedrich von Gärtner. 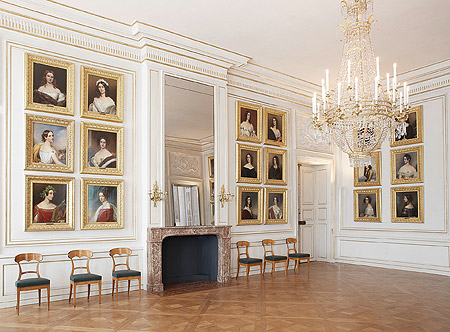 Today the Gallery of Beauties of King Ludwig I (reigned 1825-1848), which was originally intended for the Festsaalbau (Festival Hall Building) of the Munich Residenz, is displayed here.

Joseph Stieler was commissioned by the king to paint this famous series of beautiful women, not only ladies at the court as in Max Emanuel’s Gallery of Beauties (Room 4), but women from all classes of society.

From 1827-1850 he produced 36 portraits, of which one (Luise Baroness von Neubeck) was lost, and in 1861 Friedrich Dürck added two more (Carlotta von Breidbach-Bürresheim and Anna Greiner).

The best known are probably the "Schöne Münchnerin" (the Beauty of Munich) Helene Sedlmayr, daughter of a shoemaker, and the "Spanish" dancer Lola Montez, cause of the revolution in 1848, when Ludwig I was forced to abdicate. 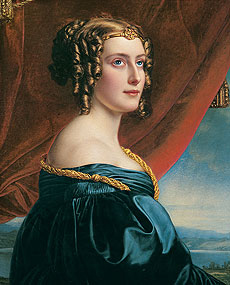 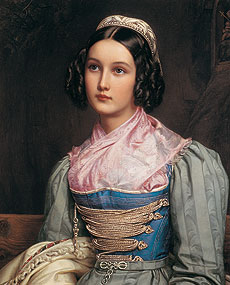 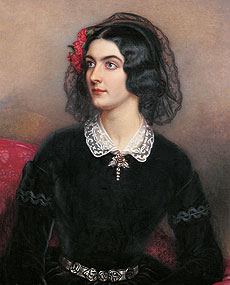 back to the antechamber and Writing Cabinet of Elector Karl Theodor

further on to the Queen's study